What Oscar could learn from Grammy

Disclaimer: Every post I've ever written to this point deals with theology.  This post does not deal with theology at all.  It deals with movies, which I love almost as much as I love theology.  The only reason I'm posting it here is because I couldn't think of anywhere else to post it, except as a note on facebook.  But that would have been lame.

Unless your name is Colin Firth or Natalie Portman, the 83rd Academy Awards left a really bad taste in your mouth.  Producers seeking to reach a younger demographic selected fresh-faced actors James Franco and Anne Hathaway to host the program, and the result was generally viewed as disastrous-a tedious, rambling mess of a program that dropped 10% in ratings from the year before and was labeled as the worst ceremony ever by 57% of responders to a Fox News poll.

Producers of the 84th Academy Awards, which will take place on February 26 at the Kodak Theatre in Hollywood, are obviously hoping not just for a ratings recovery from last years debacle, but for a genuine viewership boost as well.  And in order to accomplish this, they've turned to Oscars legend Billy Crystal, who will be returning to host the show for the ninth time.

But as great as Crystal will surely be, the most his presence at the Oscars will accomplish is dramatically improving the twenty or so minutes throughout the four hour show where the host is featured.  To use a cinematic analogy, using Billy Crystal to improve the Oscars is like sprinkling a handful of clips from the original Star Wars into The Phantom Menace.  Just like with Episode I, the real problems with last year's (and virtually every other year's) Academy Awards are much deeper.  And if the producers wish to solve those problems, they'd be best served not by looking to Billy Crystal for salvation, but by looking to the Grammy Awards for inspiration. 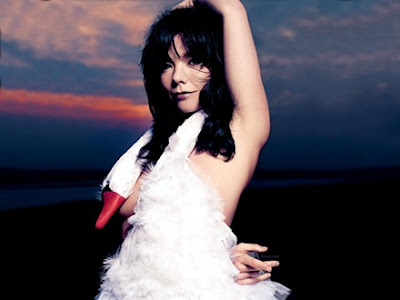 I recognize that it's a bit of a strange thing to say.  The Oscars are a highly polished production, with far more pretty and far less weird than the Grammys, Bjork's swan dress notwithstanding.  And there are plenty of things that the Grammys do horribly, horribly wrong.  Like not locking Nicki Minaj in her dressing room after yesterday's dress rehearsal.

But as goofy as the Grammys can be, there are a few things they get absolutely, positively right.  And if the Oscars would follow suit, their ceremony would improve dramatically, both in terms of ratings and in terms of sheer audience enjoyment.  Here are two of those things.

Thing 1: Don't give out so many awards in the televised ceremony.

And nobody cares who wins Best Sound Editing or Best Original Non-Acoustic Score for a Documentary-Short Subject either.  So do what the Grammys do.  Give out those trophies at another ceremony, and reserve the big awards (acting, writing, music, directing, maybe cinematography, and certainly best picture) for the televised one.  Do this and you'll cut out about two hours of intolerable filler.  Those two hours can be replaced with some kind of content that normal human beings actually find entertaining (see below) or they can just be subtracted from the show altogether and we can all get to bed at a reasonable hour.

Thing 2: Have the nominees show us why they were nominated for something in the first place.

Whenever a community convenes to give itself awards, that community brings with it a noxious cloud of self-important pomposity.  And if one is not a part of this community or does not desire to be a part of it, the only chance this community has to make that cloud dissipate is to convince people that these awards are being given by true artists in appreciation of true art.  And the best way to do that is to let people see the people giving and receiving these awards put their art on display. 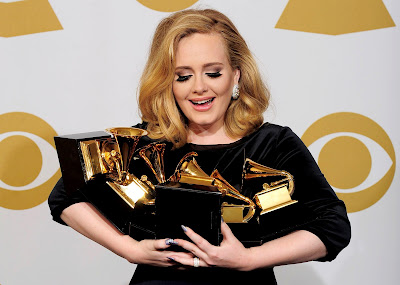 The Grammys get this right.  Because a Grammy is an award for musicians.  And when you watch the Grammys, musicians actually perform their music.  For example, last night, Paul McCartney performed with a Bruce Springsteen, amongst others.  And as these two Grammy winners joyfully made music together, that made the audience think, "wow, this guys really love music, and so maybe these awards are about the purity of art, and not just self-congratulation."  That performance also made people think, "wow.  I bet Bruce Springsteen's amp hasn't actually been turned on for the last 30 years."  Likewise, Adele performed her award winning song Rolling in the Deep last night.  And that performance made people think, "wow, what a great singer and what a great song.  I can totally see how people want to give her awards for that."

But the Oscars don't do this.  When you watch the Oscars, which are awards for film makers, you never see people make film.  You never see writers write or directors direct or actors act (except when they act happy after losing).  Even when the acting nominees are listed before giving out those awards, producers often won't show clips of the performances that are supposed to be so worthy of an award.  And the only time we see fellow nominees interacting with each other is when they praise the work of the other people they totally just beat for an award, which comes across as a rather passive-aggressive form of rubbing it in, even if it's not intended that way. So the result is that the Oscars basically tell people, "what we're doing is super duper really important and worthwhile and you should totally watch us praise each other for doing that stuff, but you should just take our word for it that it's worthy of praise, since we're not actually going to show you why."

So here's the Grammy-inspired solution to this problem: Have the film makers make film.

Have each of the screenwriting nominees write a segment of the show, even if it's only a minute or two long.  Have each of the directing nominees direct a short in the show-whether it's the segment for the Honorary Oscar winner of the night or that awful In Memoriam segment where we clap louder for some dead people than we do for others because we're super sad that they're dead and we're only a little sad that those other people are dead. 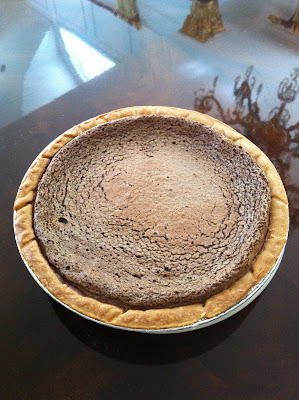 And have the actors act.  In particular, have them act in pre-taped segments poking fun of their own movies.  Not only does this help dissipate the noxious cloud of pomposity by showing that these folks don't take themselves too seriously, it will also make the show much, much more entertaining  Think about it...you weren't that bummed when Eddie Murphy dropped out as host this year because you weren't sure that his monologue would be all that great.  But if his departure meant that you would no longer get to watch a skit involving Eddie Murphy and Minnie's chocolate pie, you would be covering yourself in sackcloth and ashes for the next six months.  As well you should.

So there you have it.  If you want to make the Oscars better, if you want to improve the entire ceremony, beyond the few minutes that the host is cracking wise on stage, that's how you do it.  If you want to ensure that the show will still be great even if the monologue bombs, it's not hard to accomplish.  Cut the filler.  And fill its place with the art you're praising.

That and don't praise the moral superiority of the Academy three years after the Academy gave a standing ovation to a guy who couldn't collect his Best Director award in person because he drugged and raped a 13 year old girl.  Because that makes it really hard to take you seriously.