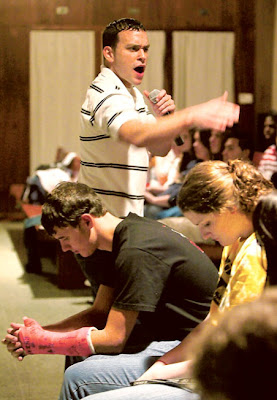 A few months before I began classes at Concordia Theological Seminary, I worked as a waiter at a restaurant in my hometown.  My hometown is a relatively small hometown and in relatively small hometowns every one knows each other, relatively speaking.  On account of this, I would frequently have the following conversation with familiar faces whilst grating fresh parmesan atop their fettuccine alfredo:
Them: So, Hans, what are you doing these days?
Me: Well, in September,  I'm moving up to Fort Wayne to start at the Lutheran seminary.
Them: Oh, so you're going to be a pastor?
Me: Yeah.
Them: So...like a youth pastor?
Me: No, just a regular pastor.
Now don't get me wrong.  I like youth.  I think youth are awesome.  I enjoy talking theology with them.  I get along with them well.  And just as these things are true now, they were also true when I uttered this rather snarky response.  So the reason I uttered it wasn't because I didn't want to be a pastor to teenagers.  The reason I uttered it was because, without really knowing why at the time, I just had a sense that there was something wrong with the title youth pastor.
But at some point during my studies at the seminary, I learned why I had this sense.  Granted, there are no direct proof texts that deal with this title.  There is no Hezekiah 10:14 reading, "And it came to pass that on the sixteenth night of the moon of Naphish, the sons of Israel shaveth the goatees of Todd and Jamie and broketh their trendy horn rimmed glasses, for they had called themselves pastors of youth."  (I felt like Joseph Smith writing that.)  However, the Bible does teach the following syllogism:
1. Jesus has given His church pastors in order to forgive people's sins.
a.       John 20:19-23 "On the evening of that day, the first day of the week, the doors being locked where the disciples were for fear of the Jews, Jesus came and stood among them and said to them, 'Peace be with you.'  When he had said this, he showed them his hands and his side. Then the disciples were glad when they saw the Lord.  Jesus said to them again, ‘Peace be with you. As the Father has sent me, even so I am sending you.’  And when he had said this, he breathed on them and said to them, ‘Receive the Holy Spirit.  If you forgive the sins of anyone, they are forgiven; if you withhold forgiveness from anyone, it is withheld.’”

2. All members of a congregation are called to respect and obey their pastor in this work.
a.       1 Corinthians 16:10-11  “When Timothy comes, see that you put him at ease among you, for he is doing the work of the Lord, as I am.  So let no one despise him. Help him on his way in peace, that he may return to me, for I am expecting him with the brothers.”
b.      Hebrews 13:17 “Obey your leaders and submit to them, for they are keeping watch over your souls, as those who will have to give an account. Let them do this with joy and not with groaning, for that would be of no advantage to you."
Therefore:
3. A congregation's pastor has been sent by Christ to forgive the sins of everyone in that congregation. 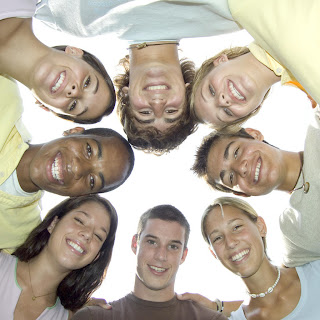 Granted, the many congregations in the LCMS that have called youth pastors would, I'm certain, not deny this.  By virtue of our proper understanding of the office of the holy ministry, I don't think you'll find any call documents in the Missouri Synod with language to the effect of, "you will be faithful in the Word and Sacraments when ministering to those ages 12 to 18 and you will have no interaction with anyone else."  However, like with so many other things, what we teach on paper tends to fall apart when what we teach in practice is something else altogether.  And when, instead of simply calling a man to be a pastor, a congregation gives him the title youth pastor, there are two very, very, very bad things that we end up teaching people, things that are contrary to what the Scriptures teach about how a pastor is to care for each and every sheep in his flock.  Those two things are:
1. If you are not a youth, this guy really isn't your pastor.
When there is a pastor at your church who barely ever preaches, who never, ever preaches on any of the big days (Christmas, Easter, LWML Sunday), who rarely teaches the Adult Bible class on Sunday mornings, who is never deferred to at voter's meetings, who has maybe been in your home once, who officiates none of the weddings and none of the funerals, who doesn't baptize any kids but his own and whose interaction with you is pretty much limited to talking about youth retreats, it will be very easy for Satan to convince you that you shouldn't listen to this man.
So, if the youth pastor rebukes you for your sins, it's easy for Satan to convince you that the young guy with Rev. in front of his name has as much authority over you as a kindergarten teacher has over a masters student and that you don't have to obey his call to repentance because you're not a youth and therefore outside his jurisdiction.  Likewise, if the youth pastor gives you the Word of forgiveness, Satan has a very easy time convincing you that there is no peace to be found from his lips, that his words doesn't really count because this guy was really only called to give that word to the young people.
And the other bad thing this teaches is:
2. If you are a youth, the real pastor has more important things to do than spend his time with you. 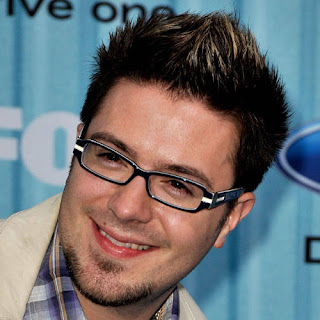 Youth are not stupid.  They pick up on things.  When they hear that the congregation is going to get another pastor because the original pastor can't do everything he needs to, and when that new pastor is the one who teaches them confirmation and goes on youth trips with them and leads Vacation Bible School, they know what this means.  When the old pastor doesn't spend much time with them anymore, the youth know this means that he think the board of elders is more important than they are.  When the new pastor who gets paid way less than the senior pastor and doesn't even have his name on the sign outside and who will be replaced by another guy in 4 years when he gets called to be a sole pastor of another congregation is the one who deals with them, they know this means that their guy is the junior varsity shepherd.  Which makes them the junior varsity sheep.  And not only does this make it easy for Satan to convince them that they are not really all that valuable in the eyes of God.  It also makes it easy for Satan to lay the groundwork for what he does in point one, eventually convincing them that they both can't and shouldn't listen to the pastor they've just outgrown.
I'm certainly not arguing against a congregation having more than one pastor.  If a congregation can't feasibly start a daughter congregation when she has gotten too big for one pastor, getting a second pastor is a good thing.  Rather, I'm simply saying that, whenever a congregation needs more than one pastor, even if one guy is great with the youth and the other one just kinda stinks, that congregation should do everything she can to ward off the devil in his attempts to prevent the sheep from hearing the voice of their shepherd.  For every sheep in the world, I pray that Satan never convinces him that his pastor's authority derives from his job title and not the Word of God.  And for every shepherd whom God has called into his service, when he is asked, "are you a youth pastor," I pray that that man can respond by saying, "no, I'm just a regular pastor."  Or better yet, "no.  I'm just an everybody pastor."
My name is Pastor Hans Fiene.  Thanks for reading.
Posted by Pastor Fiene at 8:17 PM

Hi Pastor Hans
You said there is no Hezekiah 10:14...and you are correct. But I thought I'd let you know that there is a Hezekiah 6 which is a Psalm dealing with the work of a Pastor. It is very tounge-in-cheek, but it is meant to make people think.
www.hezekiah.com.au