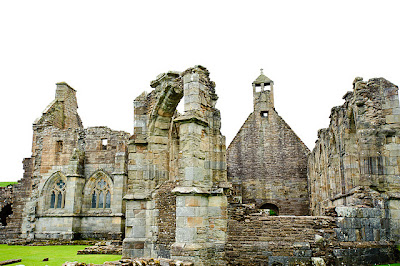 The LCMS corners of facebook have been blowing up today with the revelation that the Minnesota South District has plans to sell two pieces of property.  Sitting atop both of those pieces of property are the church buildings of two campus churches.  The rationale behind this sale is that the funds from the property could be used to create an endowment fund.  And then the endowment fund could be used to pay for a new position at the district, the new position of Campus Ministry Guru Extraordinaire (that may or may not be the actual title).  And then the CMGE could oversee the expansion of the district's campus ministry presence into previously untapped colleges and universities.  That part would also be funded by the endowment.  For more information, click here. So, in a nutshell, the district is saying to these two campus congregations, "you need to give up your church buildings so that we can maybe one day sort of do something that might be church at other colleges."
One of the arguments in favor of the move that I've heard throughout the day is that you don't need to have a building in order to be the Church.  And technically that's true.  The Church is found wherever the Word is preached and the Sacraments are administered, whether that's in a cathedral or a mud hut or some dude's basement.  But even though that statement is true,  it's also a really horrible argument to make if you're the one closing the church building down.  Permit me to explain why through an analogy:
Doctrinal Assertion: You do not need to have children in order to have a marriage. 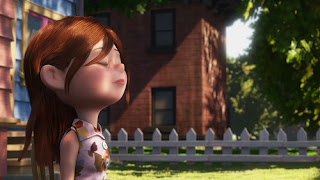 Scenario 1: A young married couple makes an appointment to see their pastor.  They are both very heartbroken because they have just found out that they are unable to have children.  In their despair they worry that God must not view their union as favorably as he does the union of those who are able to have children.
So their pastor sits down in front of them and tells them, "you do not need to have children in order to have a marriage.  Your marriage is not founded on a sperm and an egg.  Your union is not rooted in your ability to procreate.  Your marriage is founded on the word and blessing of God.  Your union is rooted in the Lord's promise.  So even if you can't have children, you're still just as much married as you would be if you had seven of them."
With this response, this pastor shows himself to be a good theologian because he understands that the doctrine of "you don't need to have children in order to have a marriage" is a doctrine that is meant to bring comfort to those who are heartbroken at not being given the vocation of parenthood.  He understands that the proper way to proclaim this doctrine is to apply it as a balm to hurting souls that have found themselves unable to do something that they know is God pleasing. 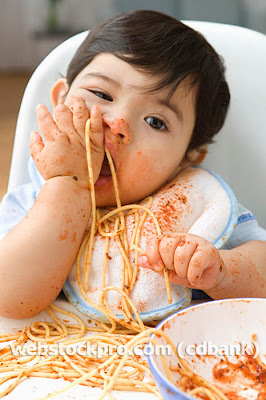 Scenario 2: A young married couple makes an appointment to see their pastor.  They don't like their kids anymore and want to give them away, but still want to remain married to each other.
So their pastor sits them down and tells them that this is a very missional idea.  After all, "you do not need to have children in order to have a marriage," he reminds them.  And getting rid of those pesky kids will open up all kinds of mission opportunities for them, opportunities that people with children simply don't get.  They can go build hospitals in war torn countries or hand out tracts outside of strip clubs.  And they can do this as a team, as husband and wife.  Because, after all, you don't need to have children to have a marriage.
With this response, this pastor shows himself to be a bad theologian because he thinks the proper way to apply this doctrine is to encourage this couple to abandon the vocation of parenthood.  He believes that, since children are not a requirement of marriage, that children are therefore an adiaphoron in the realm of Holy Matrimony and that God doesn't really care whether you have them or not.
So, when it comes to the doctrinal assertion of "you don't need to have a building to have the Church," there is a right way to make this argument.  The right way is to give comfort to those whose hearts are broken over not having or not being able to keep their church building.  So you say to them, "you don't need to have a building to have the Church.  Wherever you have the Word of God, you have the Church.  Wherever you have the waters of baptism, whether they're held in a $12,000 marble font or in a 50 cent cereal bowl, you have eternal life.  Wherever you have the body and blood of Jesus, whether they are administered in a 5,000 square foot sanctuary or in a 4 x 8 prison cell, you have life and salvation.  And wherever two or three are gathered in Christ's name, you have all the love and favor of the Triune God."
But there is also a wrong way to argue that you don't need to have a building to have the Church.  And the wrong way is to encourage (or compel or coerce or force) those who have a church building to abandon the gift that God has given them for your own benefit.  So you say to them, "sure, a whole bunch of people come to this very spot to have their sins forgiven each week.  Sure, people know that if they walk in these doors, they will always, each and every time, receive the forgiveness of sins within seconds of sitting down.  But come on, you can still have the Church without all this stuff.  And besides, think of how many poor people we could feed with the money from your font!  Think of how many lost souls we could reach with the cash from your altar!  Think of how many praise bands we could finance with the pipes from your organ!"
"Surely in temples made with hands
God, the Most High, is not dwelling;
High above earth His temple stands,
All earthly temples excelling."
Those words are quite beautiful when spoken to those who have watched their spires crumble.  But those same words are also quite hideous when spoken by those who made those spires crumble in the first place.
My name is Pastor Hans Fiene.  Thanks for reading.
Posted by Pastor Fiene at 10:50 PM

This is excellent, Hans.

Thanks for the great example of properly applying doctrine.

I do have a question though; why is "you need to give up your church buildings so that we can maybe one day sort of do something that might be church at other colleges." in quotation marks?

Very good! I can take away my neighbor's house, and say "Hey! You don't need a house to have a family!"

I really hope God has mercy on these poor souls and leads them to repentance.

Yeah, that was good, but why did you quote that Danish hymn?

Because it's a great hymn. Obviously that verse in isolation sounds anti-sacramental. But in the context of the whole hymn, it ain't.

Which hymn are you quoting?

"Built on the Rock the Church Shall Stand"

People know that every time they walk in those doors they have forgiveness of sins within seconds of sitting down? Dude. You're either completely totally forgiven, or not forgiven at ALL.

You have done a great job at answering the argument. Well explained.